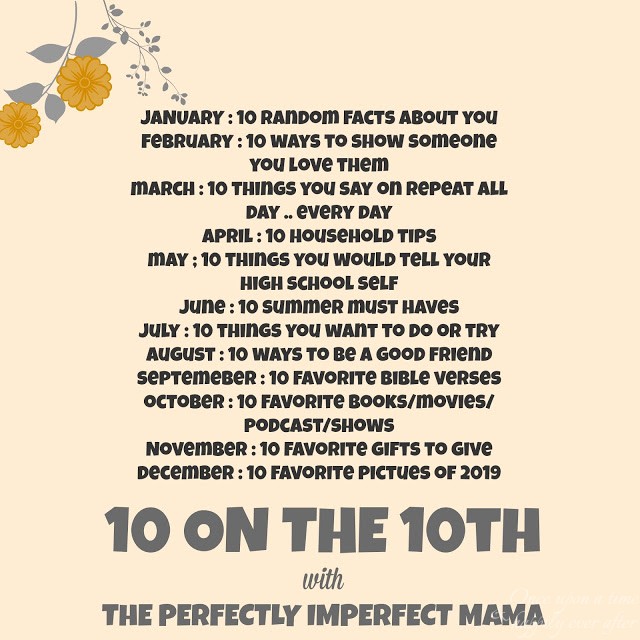 With that being said, this is going to be a list of books, movies, podcasts and shows I really, really like – right now.

Keep in mind, as you look over this list.  These are my favs of the day.  They could be completely different with the next book I read, next movie I see, podcast I listen to and TV show I watch.

My lifetime favorite books include the Adventures of Alice in Wonderland by Lewis Carroll, the Diary of a Young Girl by Anne Frank.  But here are some books that have spoken to me lately. 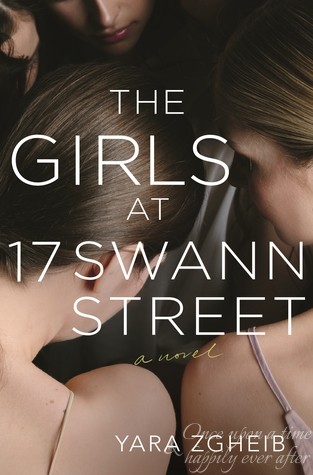 Haven’t finished this one yet, but only lack a few minutes.  Hoping for a happy ending.  This book hits close to home.  4.0 out of 5 stars on Goodreads

Anna Roux was a professional dancer who followed the man of her dreams from Paris to Missouri. There, alone with her biggest fears – imperfection, failure, loneliness – she spirals down anorexia and depression till she weighs a mere eighty-eight pounds. Forced to seek treatment, she is admitted as a patient at 17 Swann Street, a peach pink house where pale, fragile women with life-threatening eating disorders live. Women like Emm, the veteran; quiet Valerie; Julia, always hungry. Together, they must fight their diseases and face six meals a day. [source] 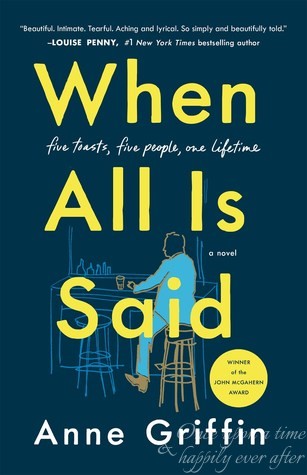 This book reminded me of a cross between The Five People You Meet in Heaven and A Man Called Ove.  If you liked either or both of those, you will enjoy this book.  I cried, I laughed, I cried.  4.08 out of 5 stars on Goodreads

This is the story of Maurice Hannigan, who, over the course of a Saturday night in June, orders five different drinks at the Rainford House Hotel. With each he toasts a person vital to him: his doomed older brother, his troubled sister-in-law, his daughter of fifteen minutes, his son far off in America, and his late, lamented wife. And through these people, the ones who left him behind, he tells the story of his own life, with all its regrets and feuds, loves and triumphs. [source] 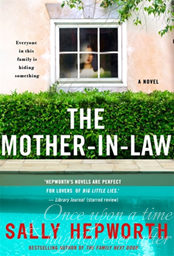 Part mystery, part contemporary family story.  Told from the perspectives of several of the characters.  I found myself empathizing with each.  4.0 out of 5 stars on Goodreads

From the moment Lucy met her husband’s mother, Diana, she was kept at arm’s length. Diana was exquisitely polite, and properly friendly, but Lucy knew that she was not what Diana envisioned. But who could fault Diana? She was a pillar of the community, an advocate for social justice who helped female refugees assimilate to their new country. Diana was happily married to Tom, and lived in wedded bliss for decades. Lucy wanted so much to please her new mother-in-law. [source]

PC and I used to go to the movies once a week.  Whether there was anything worth watching or not!  But we have become a little more selective in our old(er) age.  We saw a movie today, his pick, “Jexie,” and it was atrocious.  I have never heard so much cussing since I graduated from high school.  With popcorn, a hot dog and large drinks, we paid $40+ for 2 hours of ‘entertainment.’  Wish I had popped some microwave popcorn, boiled my Prince a hot dog and we had watched anything, anything at all, here at home.  Bottom line, “Jexie” is not on my list of favorite movies, now or ever.  But these are some recent faves.  And “Silver Linings Playbook,” which is several years old but a great choice for this time of year. 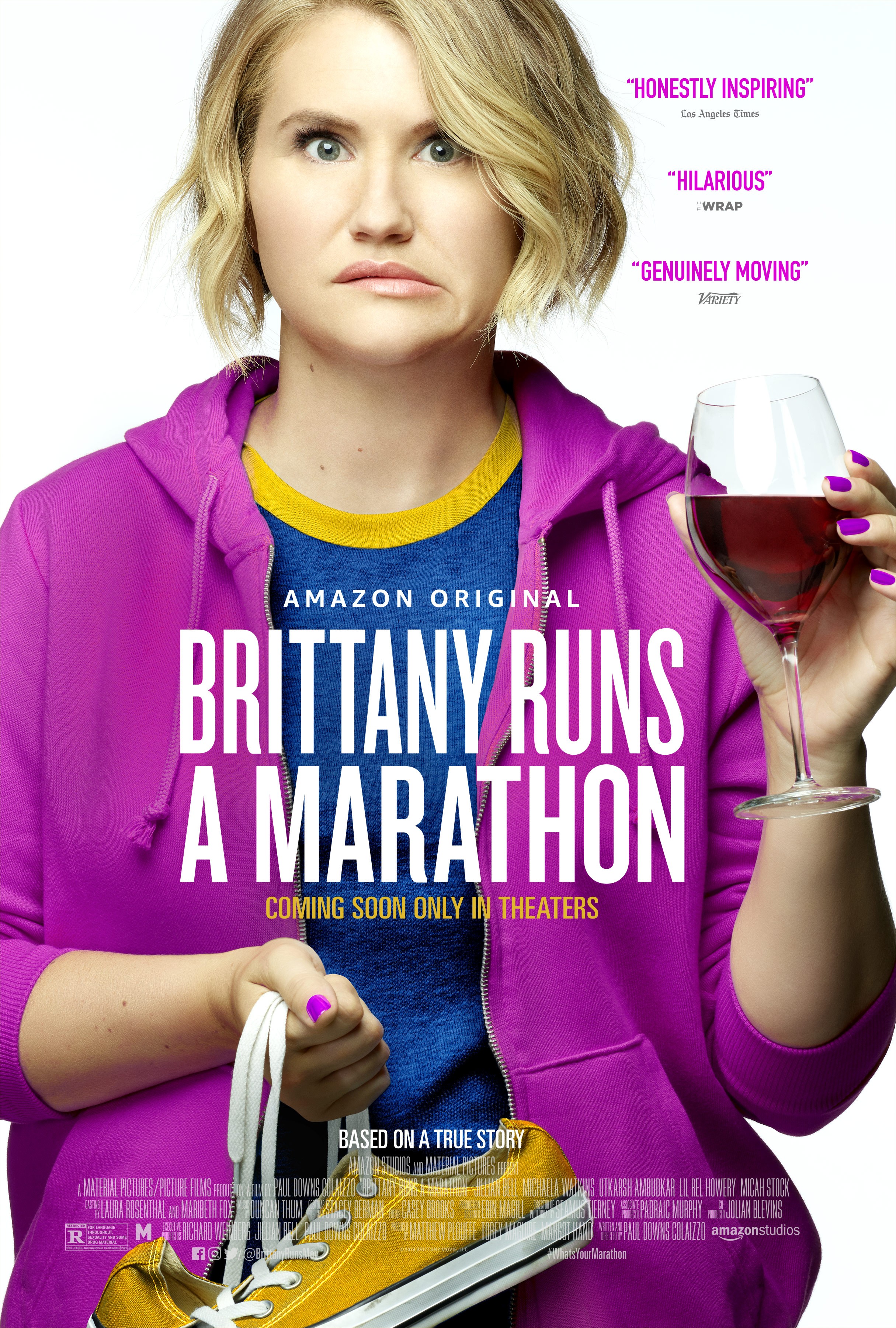 Very loosely based on a true story.  Comedy, Drama

Brittany Forgler is a hilarious, friendly, hot mess of a New Yorker who always knows how to have a good time, but at 27, her late-night adventures and early-morning walks-of-shame are starting to catch up to her. When she stops by a Yelp-recommended doctor’s office in an attempt to score some Adderall, she finds herself slapped with a prescription she never wanted. Forced to face reality for the first time in a long time, Brittany laces up her Converse and runs one sweaty block. The next day, she runs two. Soon she runs a mile. Brittany finally has direction–but is she on the right path? [source]

Jack Malik (Himesh Patel, BBC’s Eastenders) is a struggling singer-songwriter in a tiny English seaside town whose dreams of fame are rapidly fading, despite the fierce devotion and support of his childhood best friend, Ellie (Lily James, Mamma Mia! Here We Go Again). Then, after a freak bus accident during a mysterious global blackout, Jack wakes up to discover that The Beatles have never existed… and he finds himself with a very complicated problem, indeed. [source] 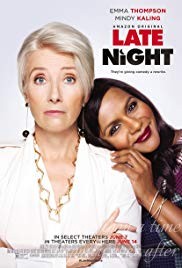 Legendary late-night talk show host’s world is turned upside down when she hires her only female staff writer. Originally intended to smooth over diversity concerns, her decision has unexpectedly hilarious consequences as the two women separated by culture and generation are united by their love of a biting punchline. [source]

I have been slow to jump on the podcast bandwagon.  Not sure why exactly.  I love listening to Audible versions of books.  Have just begun trying out a few different podcasts, though.  So, these really aren’t favorites at all, necessarily, because I don’t have much to compare them with.  Listening to these on Stitcher when I work on art projects or on my drive across the mountain to help with Lucia.

Do you remember where you were when you heard the news the Princess Diana had died?  I think a lot of gals my age remember because she was such an icon for all of us.  My phone rang while shopping in Walmart, both of my daughters crying on the other end.  They choked out the words that Diana had died in a terrible crash.  It was a Sunday morning.  I went back home right away.  Where were you? 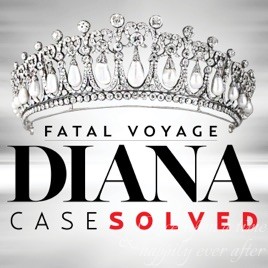 A wild car chase comes to a tragic end in a Paris tunnel. Inside the crumpled wreckage, the most famous woman in the world.  A decade of inquests by French and British authorities found the same outcome: “wrongful killing” at the hands of a drunk driver, complicated by a tail of paparazzi.  However, 22 years later, unanswered questions point to something far more sinister.  Diana: Case Solved is a 12-part audio documentary that follows Princess Diana’s fatal voyage and sets out to answer one question: What really happened that fateful night?  Former Detective-Sergeant Colin McLaren returns to the scene to uncover a decades-long conspiracy of secrets and speak to the one man who will blow the case wide open. [source]

Had just started my Stepping Outside My Comfort Zone series when I came across Ruth Soukup’s blog and podcasts.  Was looking online for research to back my notion that it is good for us to stretch ourselves by trying something new and slightly uncomfortable. 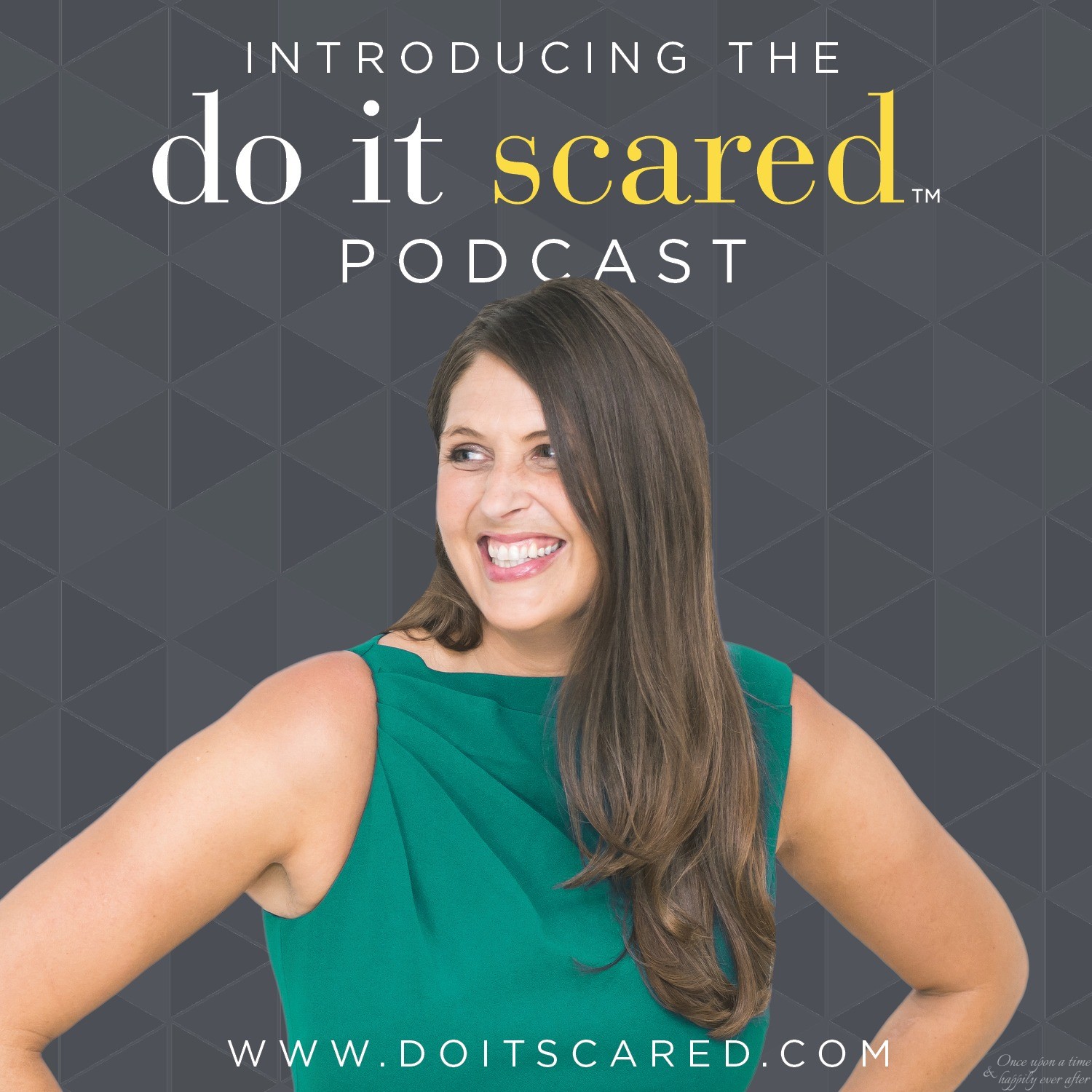 Created to help you face your fears, overcome adversity, and create a life you LOVE, this new brand new podcast (which officially launches TODAY!) is based on the idea that courage doesn’t mean we are never afraid, but that we dare to take action despite our fear.

This podcast is equal parts inspiration and tough love, complete with practical, easy-to-implement tips and interviews with some incredible authors, influencers, and women who have dared to do it scared in their own lives. [source]

Fave Shows (At the Moment)

Could almost pass on this category all together because when we are in between seasons of “Bacherlor/Bachelorette”, the TV just serves as background noise.  We don’t really watch much.  Listening to “The Voice”, listening to whatever comes after that because we can never find the remote.  On some Tuesdays, I will purposely seek out “This is Us” but not with the same enthusiasm as “Bachelor”.  Summers we listen to Reds baseball, falls we watch NFL football and cheer on our fantasy football teams.  Here are a couple of shows we have enjoyed in the last few years.

I think it was my brother who recommended this show to us.  We have watched 4 seasons thinking that the show was over when a fifth season was recently announced.  Not sure who could be left to play out the rest of the story…loosely based on the lives of a band of Irish gangsters.  Seems most of the main characters are dead = this is not a show for the feint of heart.  Available on Netflix and Amazon Prime. 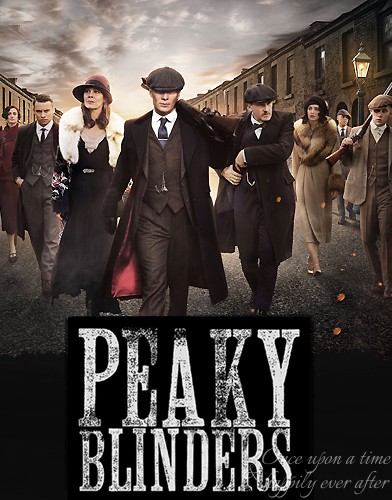 Britain is a mixture of despair and hedonism in 1919 in the aftermath of the Great War. Returning soldiers, newly minted revolutions and criminal gangs are fighting for survival in a nation rocked by economic upheaval. One of the most powerful gangs of the time is the Peaky Blinders, run by returning war hero Thomas Shelby and his family. But Thomas has bigger ambitions than just running the streets. When a crate of guns goes missing, he recognizes an opportunity to advance in the world because crime may pay but legitimate business pays better. Trying to rid Britain of its crime is Inspector Chester Campbell, who arrives from Belfast to try to achieve that goal. [source]

Receives a 97% from Google users, and 91% on Rotten Tomatoes.

This show has just begun it’s second season.  I do intentionally seek it out on ABC on Thursday evenings. 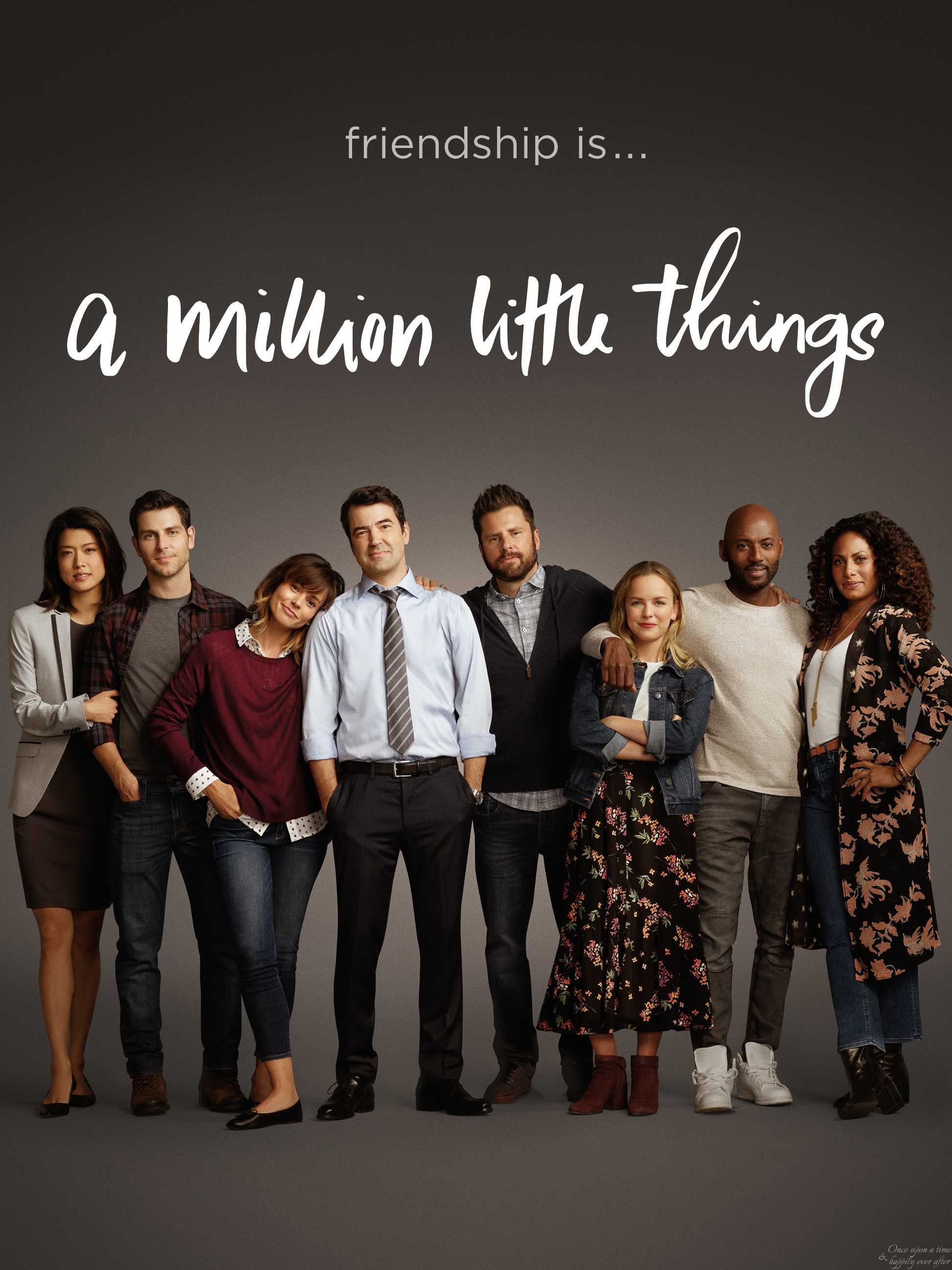 It has been said that friendship isn’t one big thing, it’s a million little things. That is certainly true for a group of friends from Boston who bonded under unexpected circumstances. Some have achieved success, others are struggling in their careers and relationships, but all of them feel stuck in life. After one of them dies unexpectedly, it’s just the wake-up call the others need to finally start living. Along the way, they discover that friends may be the one thing that can save them from themselves. [source]

Receives a 96% from Google users.

These 10 on the 10th posts are fun to write.  Looking forward to next month when we share our 10 favorite gifts to give.  That must mean Christmas is coming!

What would be on your list of 10 Media Faves?  Have you read, listened to or seen any of these items on my list?  Heading over to link up over at Whitney’s blog, The Perfectly Imperfect Mama.  Anxious to check out everyone else’s list.

Thanks for stopping by, today, lovelies.  Wishing everyone a peaceful weekend.

In what felt like the blink of an eye, I have gone from full-time wife to my sweet husband, hands-on mom to my two beautiful daughters and elementary school librarian to a retired, empty nester with lots of time on my hands. Join me on my journey to rediscover who I am. Glad you are here...
END_OF_DOCUMENT_TOKEN_TO_BE_REPLACED 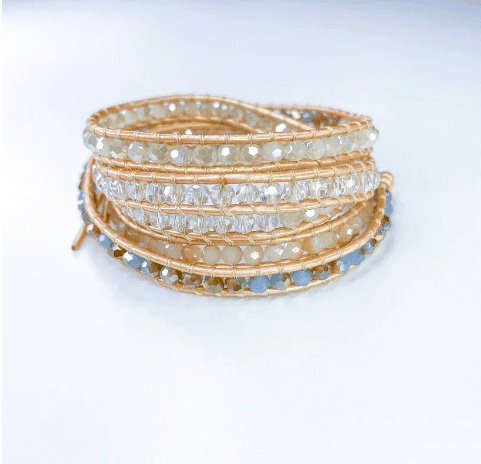 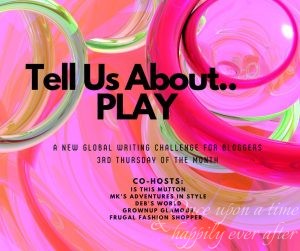 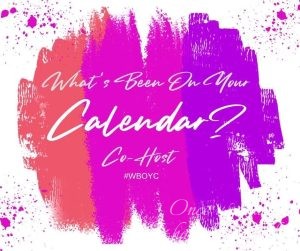 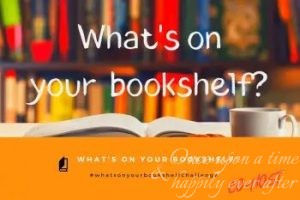