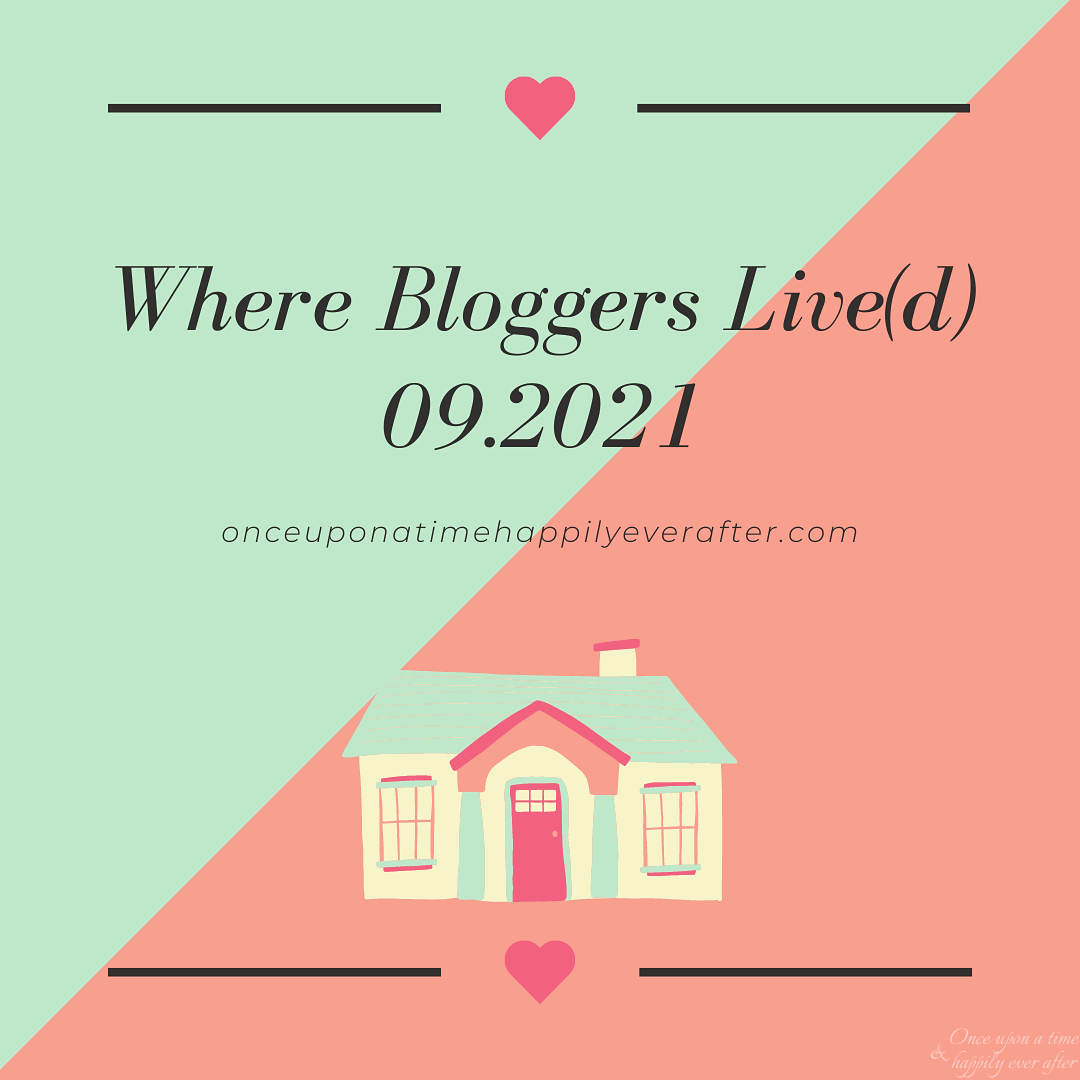 Hello old buddies, old pals…thanks for joining me for this month’s Where Bloggers Live(d) 09.2021.  Can you tell from that title the prompt for today’s post? Yup, you’re right…places we’ve lived. Considering I have moved quite a bit, especially in my adult life, this could be an exhaustingly long post.  Go ahead and grab a snack.  A stiff drink.  I’ll wait for you right here.

Welcome back to those of you who stop by regularly for a few minutes here with me. And for those who are new, the Where Bloggers Live series is kind of like HGTV’s “Celebrities at Home,” but…with bloggers!  Last month’s episode had us sharing our bathroom, potty, loo.  If you missed my thrilling post, you can check it out, here.

In preparation for today’s edition, I have up/downloaded a new widget to use in creating a timeline of my life and the places I’ve lived.  If you see a timeline below, I was successful in figuring out how to create and insert it in this post.  If not, then you know this dog was too old to learn a new trick.  At least for today.

This month’s theme is different in that it didn’t require I tidy up an area of the house first before sharing it with you.  That part I like!!  But it did have me searching through old photo albums…very last minute, of course…for photos of some of the places I’ve lived.  And consulting Google Earth and Google Maps for the images for others.

I know you are dying to see if I figured out the timeline widget.  And so am I, for that matter.  Let’s get to it.

I guess I wasn’t holding my mouth right or something. I wound up trying to use 2 different timeline widgets to create a time line with no luck.  So much for this old dog picking up a new trick.  But wouldn’t it have been so nice if I could have figured it out.  Poo!

So, should I start with present day and work backward or vice versa.  Let’s start waaaaay back in 1958…

I am (unsuccessfully) fighting the urge to begin with Steve Martin’s famous lines as Navin R. Johnson in the movie “The Jerk”,,,probably not at all politically correct in this day and time.  But considering I always thought in some prior life I was a poor slave boy or a sharecropper’s son, maybe it won’t seem quite as inappropriate.

However, in reality I was born a middle class white girl.  During an Easter Sunday snowstorm, 04.06.1958, in Buffalo, New York.  I guess the first place I lived was where the stork or the Easter bunny dropped me, Millard Fillmore Hospital.  In those days moms and newborns stayed in the hospital 3-4 days.  I went home from the hospital to Campus Manor Apartments, where we lived for several months after my birth. My father worked in cancer research at Roswell Park Cancer Institute and my mom retired from her work as a chemist to be my full-time mother. 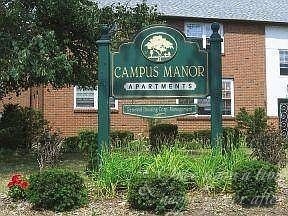 Not long after I was born, my parents scraped together the money for their first house.  I am not positive of the house number but after scouring Google Maps, and my 63 year-old memory, this house at 48 Idlewood Drive, Tonawanda, New York, looks like the home I remember.  I best remember the pretty aqua blue metal cabinets in the kitchen.  The large picture window in the back of the house, where my mom hung floor to almost ceiling drapes that I pottied behind when I was being potty trained.  Can potty be used as a verb?  You know what I mean. 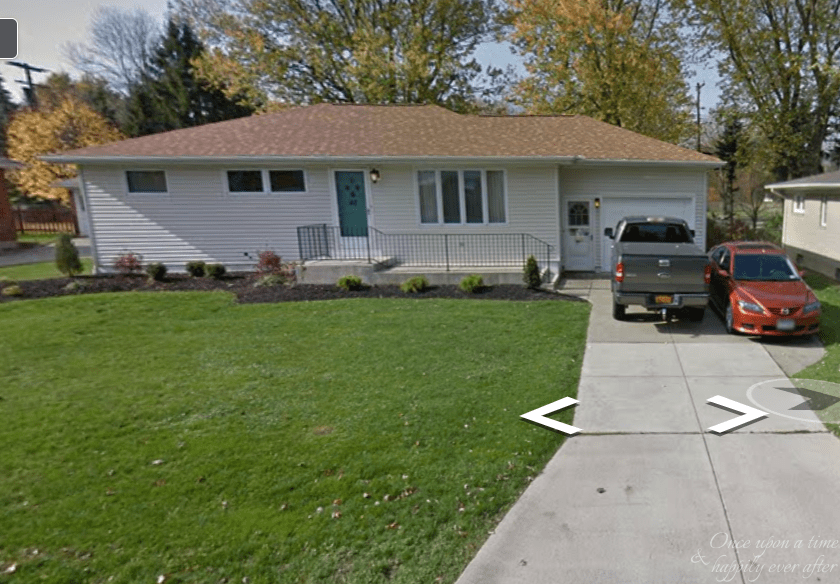 It was in this house that we welcomed my baby sister Valerie 2 years later in May of 1960.  Two years after that we moved to Boston.

In Boston, my father began working at the Jimmy Fund Building which I thought was the name of a hospital until started working on this post.  Turns out the it was the Dana-Farber Cancer Institute and the Jimmy Fund Clinic was within that institute.  I remember seeing my father carry a duffel bag that had Dana-Farber lettered on it.  Now I know why.

We lived in a duplex on 284 Tappan Street, Brookline, Massachusetts.  And our landlord was also the principal of our elementary school.  Ms. Liebert.  Not only did we share a house, but we shared a telephone party line with her and her family.  The house was built on a hill, 6 stories high.  The 2 floors of our apartment were sandwiched between 2 floors of the Liebert apartment above, and 2 levels of basement below.  Old house.  No yard.  Center stairway that connected both apartments with each other and the basements.  My brother Kevin was born in snowstorm in 1966 while we were living in this house. 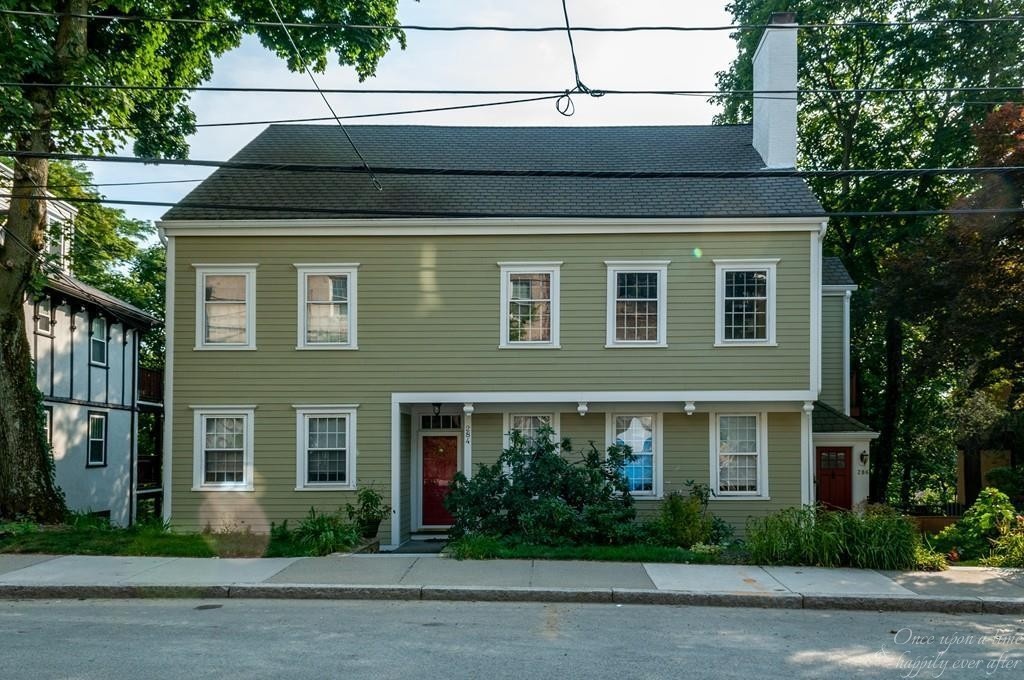 We lived here when the Boston Strangler was killing young nurses in the Beacon Hill area of Boston not far from our home.  My father was working in Japan for a short time, and my mother tied bells to all the doors and windows (primitive alarm system) because she was so scared.  Our front door was the one on the left.  The landlord’s was the door on the right.  My bedroom was painted a milk chocolate brown.  I dreamed of the day we would have our own home and I would have a pretty bedroom.  My mom would tell us someday we would have a pretty house.  Someday.  Someday.  Turns out someday was 6 years later.  We moved down south the summer I was 10 and going into the 6th grade.

A month after Martin Luther King, Jr. was killed in the Lorraine Motel in Memphis, Tennessee, we moved to Bartlett, a suburb of Memphis.  My father began working at St. Jude Children’s Cancer Research Hospital.  Dad went to Memphis a few months before we were set to move to look for houses.  He brought home a Polaroid photo of the house that became our someday home, 6193 Ivanhoe Road, Bartlett, Tennessee. We were instantly in love.  Six bedrooms, 3 baths, formal living and dining rooms and a wood paneled den all situated on 1/3 acre with a meadow, barn and 2 ponds on separate property behind the house.  I finally had my pretty bedroom. 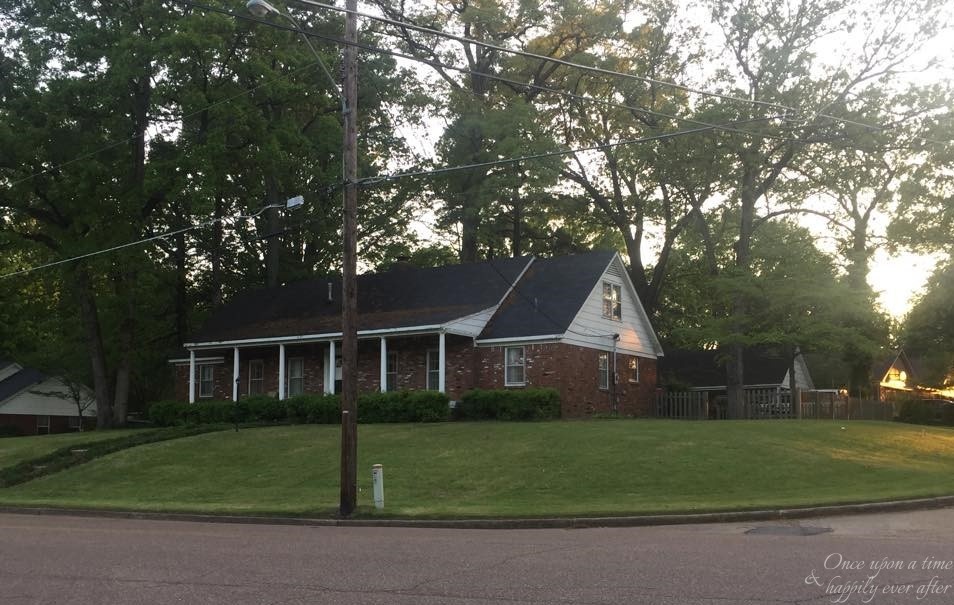 My room was on the second floor on the right of the house in this photo.  Our parents bought my sister and I matching maple bedroom furniture, bed, dresser and desk.  I picked out a delicate blue and pink floral bedspread and matching curtains.  Loved my room but it was very hard adjusting that first year to the completely unfamiliar southern culture.  When my English teacher called out the spelling words, I couldn’t understand them for her strong southern accent.

I graduated from Nicholas Blackwell-Bartlett High School, 05.1975.  Stayed in Memphis for my freshman year of college at Rhodes College but transferred to the University of Tennessee in Knoxville, east Tennessee, the fall of 1976.  To this point I have lived in 4 places.

For the next 4 years, I would live in 2 dormitory buildings, 3 dorm rooms at UT.  An apartment for summer school.  Two different apartments in my junior and senior years.  And a 4th apartment after graduation for a few months until my parents insisted I move back home with them in Memphis.  I didn’t have a teaching job in Knoxville so decided to try to find one in Memphis.  We’re up to 11 homes.

Lived for about  year in my childhood home again – tough, tough, tough.  Then got my own apartment for a short time.  Until I married Mr. Wrong the summer of 1981.  Daniel had joined the Army with orders to be stationed in the Republic of Panama in Central America.  And I followed him there.  We lived in 2 apartments in substandard military housing between 1981-1984 on the Atlantic side of the canal.  First in Coco Solo, then in France Field.

In May 1984, I was 8 months pregnant with my first baby, Brennyn.  Daniel had orders for Ft. Hood, Texas but I had to leave country before I was too far along in my pregnancy to do so.  Lived with my parents again in my childhood home until after Brennyn was born in July 1984.  To here, I’ve moved 16 times.  I am 26 years old.

The Rest of the Story

We were stationed in Ft. Hood for less than a year, when Daniel reenlisted for another tour in Panama.  We were living in a very dumpy rental house in Copperas Cove, 504 South 13th Street.  I had a part-time job as a librarian.  Some new houses were being built on the westside of town and I wanted one.  Our marriage was a mess.  I didn’t want to move out of the country and away from family again.  But move we did. 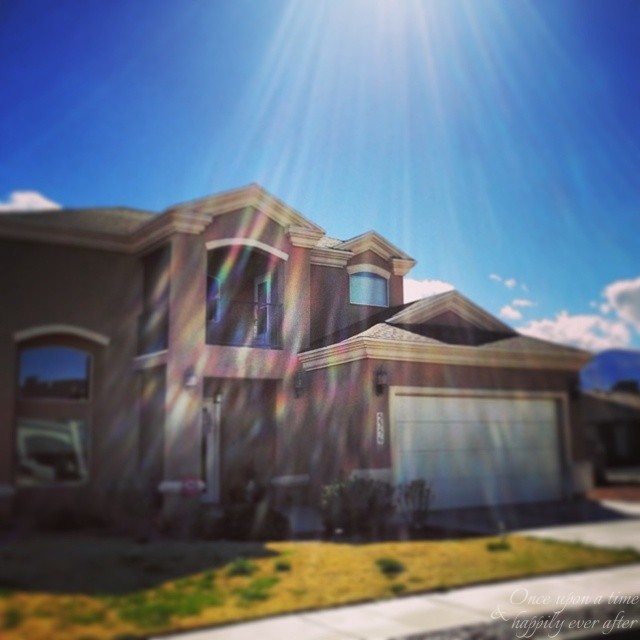 My last move.  Number 24, if you count the 2 times I returned home to temporarily live with my parents between moves.  No wonder I don’t like moving, huh?

Someday I am sure we will downsize and move into a single story home without the guest rooms and bathrooms that this house has. I would miss them and my loft, though.  So, for right now, this is home sweet home.  And I am not budging!!

How many places have you called home?  Do you have a strong dislike for moving like I do?  Please let me know in a comment below.

Thank you for stopping by today.  I have a 10 on the 10th post coming this afternoon and need to get my Thankful Thursday post written before it’s Saturday!!  My mom has had a very rough week.  Thought sure I was going to be jumping on a plane today but she has turned the corner again.  Bless her heart.  Makes it hard to concentrate on anything when she is struggling so.

Please join me in visiting the blogs of my comadres.   Can’t wait to see all the places they’ve called home. 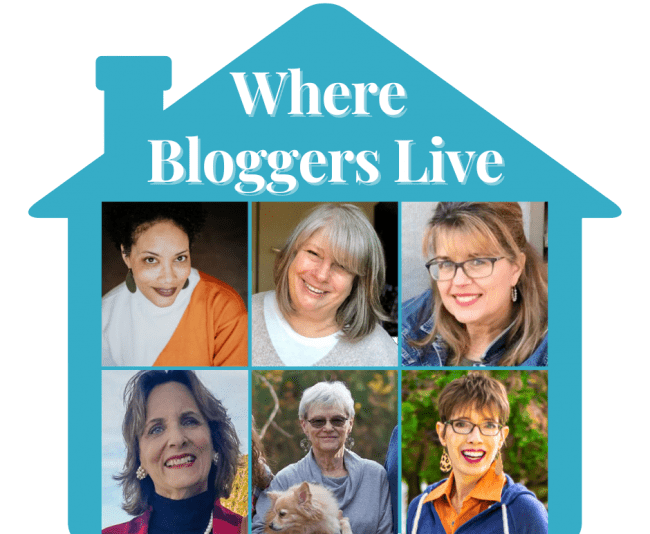 In what felt like the blink of an eye, I have gone from full-time wife to my sweet husband, hands-on mom to my two beautiful daughters and elementary school librarian to a retired, empty nester with lots of time on my hands. Join me on my journey to rediscover who I am. Glad you are here...
END_OF_DOCUMENT_TOKEN_TO_BE_REPLACED 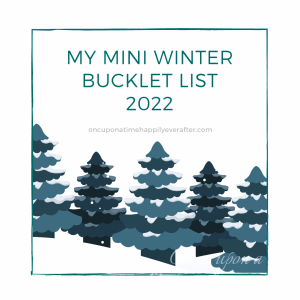